This week I am trying my hand at being “crafty”. I had originally planned on executing an Elmo costume where you glue felt pieces on a knit hat to make Elmo’s face.  He’d also wear red pants and a red sweatshirt and look just like his favorite Sesame Street character with the hat tying it all together. It would be cheap, easy, warm and comfortable. I had found this adorable costume masterfully created by a Mom at Moms and Crafters.

However, I had a very difficult time finding a plain red knit hat that would fit my son’s quite large (but not quite adult size) head. Also, there was a 98% chance he’d throw off the hat instantaneously and now instead of looking like Elmo, I guess I could pass him off as: 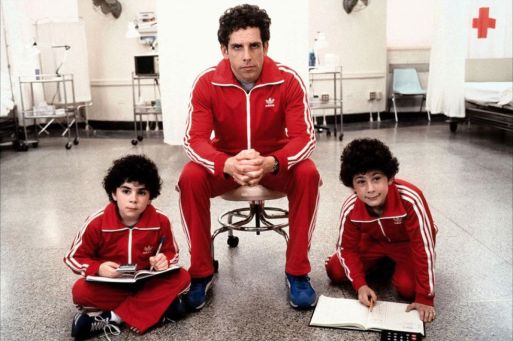 One of Chas Tenenbaum’s sons? 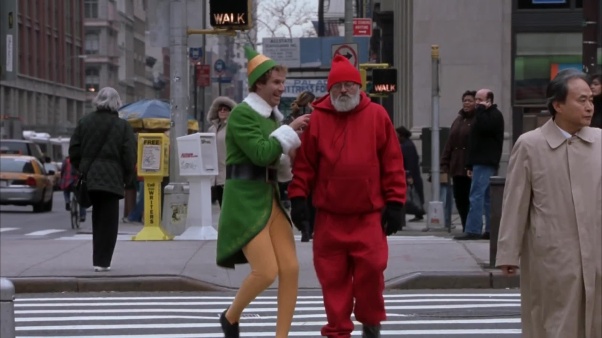 More than likely most people would accept that he was dressed up as the guy from “Elf” that Buddy thought was Santa… but without his hat.

So, in lieu of a knit hat and fearing my son may be mistaken for too many dead or fringe celebrities, I moved on to Plan B. Unfortunately, I couldn’t find any detailed instructions, but I did find an image of an adorable child (his face is cropped out because I have no idea who originally posted it) wearing a rather simple Elmo costume made from styrofoam and a red hoodie:

It seemed easy enough to replicate and my son already has a red hoodie that is on the cusp of not fitting him.

I went to Hobby Lobby, bought some 2″ styrofoam balls (in a bag of 6..) to make Elmo’s eyes and some egg shaped balls (again.. a bag of 6) to make his nose. I picked up some white, black and orange acrylic paint, thanked the good Lord that it was all on sale and congratulated myself for choosing a less intense project for this week’s challenge.

Today, the only thing I could accomplish was painting the nose and the eyes. I’m starting to question if it’s just bad luck or if it’s my true innate lack of skill, but I had a difficult time doing even this “simple” task! It turns out it is incredibly difficult to paint identical circles on styrofoam balls and it is even harder to cover a styrofoam egg with enough orange paint to make Elmo’s nose look bright, dark orange instead of thin, pale, yellowish orange. I had to really cake the orange paint on the styrofoam to get it to look right. Now, instead of looking smooth, Elmo’s nose looks textured.  The more I smoothed it the more yellowish it looked and the more I needed to just glop some paint on that nose.

In regards to Elmo’s eyes… they are WONKY. I am very thankful that I bought a pack of 6 round balls because I ended up using EVERY SINGLE ONE. I’d start out great and then in an attempt to make them look identical, the size of his pupils would grow and grow and grow. Before I knew it Elmo’s black pupils covered almost the entire ball. Elmo does not have big pupils and if I slapped some whacked out dilated Elmo eyes on my child’s head, it would embarrass both of us. Additionally, if I let the eyes remain uneven I’d start to get close to looking like Cookie Monster instead of Elmo. If I had a full body blue tracksuit for my son to wear, he’d be going as Cookie Monster because my 2nd attempt at eyes was pretty spot on Cookie Monster wonkiness.

Here’s what I settled for ended up with:

Wish me luck for later this week when I attempt to hot glue these suckers onto a hoodie.